I Love to See the Temple

One of the songs that LDS Children love to sing in Primary is “I Love to See the Temple”. The words are:

1. I love to see the temple.
I'm going there someday
To feel the Holy Spirit,
To listen and to pray.
For the temple is a house of God,
A place of love and beauty.
I'll prepare myself while I am young;
This is my sacred duty.
2. I love to see the temple.
I'll go inside someday.
I'll cov'nant with my Father;
I'll promise to obey.
For the temple is a holy place
Where we are sealed together.
As a child of God, I've learned this truth:
A fam'ly is forever. (Children’s Songbook, #95)
Yesterday my wife and two grandsons went to the Ogden, Utah Temple Open House. It was a beautiful day and we were blessed to be able to go right in. There were no long lines as there had been on other days. We were told by one of the guides that yesterday there were 13,000 visitors that went through after 5pm. People had to wait four hours to get to go in the temple. When a temple is first built or remodeled an open house is held and anyone, members and non-members are welcome to tour the temple. If you ever have the opportunity to go to an open house I encourage you to go.

The Ogden Temple was originally dedicated in 1972 and was the 5th temple in Utah and 14th in the Church. The rededication will be Sunday, September, 21st. It is located in downtown Ogden, Utah and is very different than the original design.

“From the days of the Old Testament, the Lord has commanded His people to build temples-sacred structures where He could teach, guide, and bless them. For example, the Lord told the Israelites to build a portable tabernacle that would be their temple while they traveled in the wilderness (see Exodus 26-27; 40:35). Additional Old Testament references to temples are found in 2 Chronicles 5:1-14; 7:1-2 (Temple of Solomon) and Ezra 3:1-13; 6:3 (Temple of Zerubbabel).” (“Why Latter-day Saints Built Temples”) 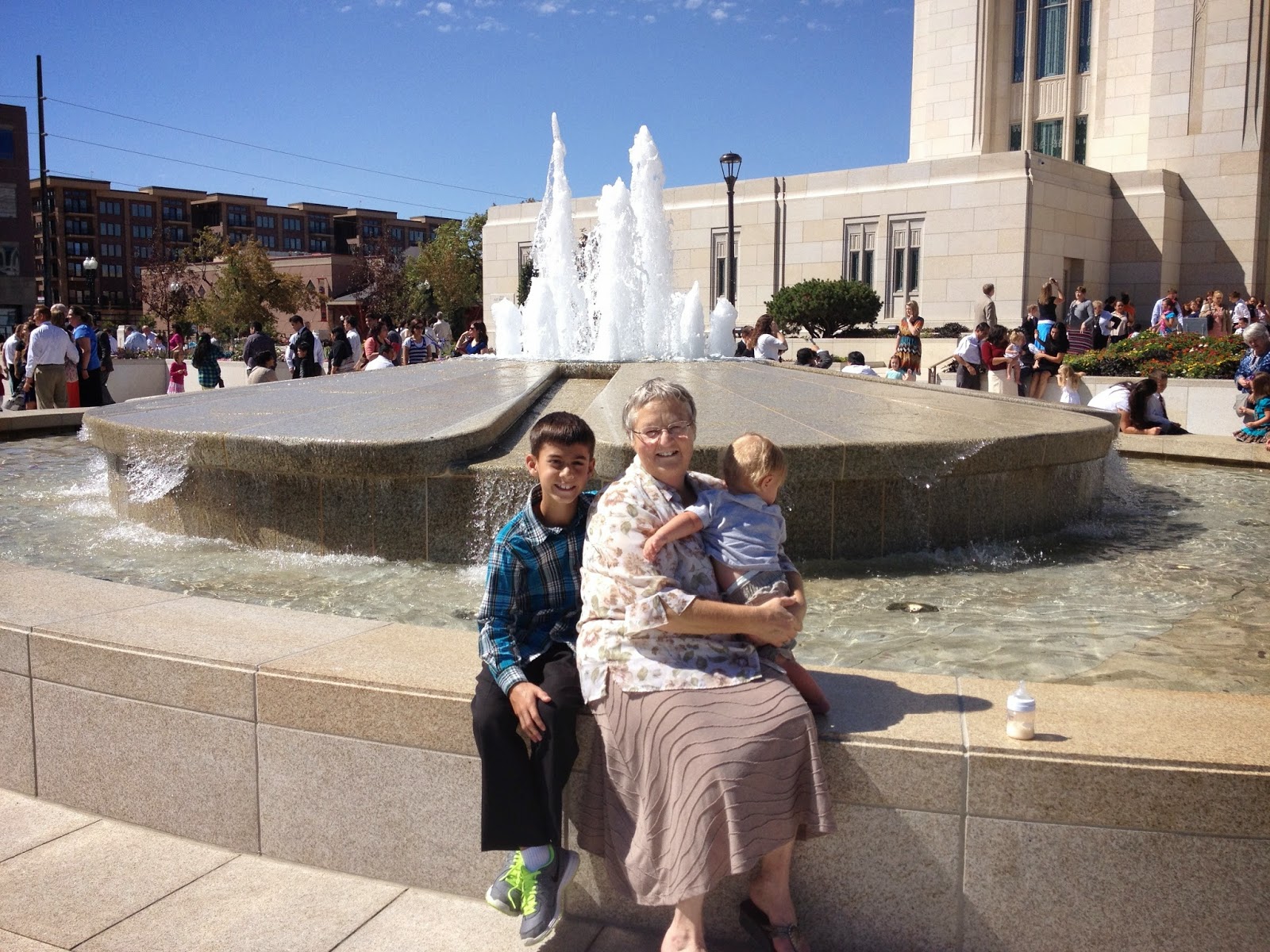 The first temple built by the Church of Jesus Christ of Latter-day Saints was in Kirtland, Ohio (dedicated in 1836). After the Saints were driven from Ohio and Missouri they settled in Nauvoo, Illinois. There they built the Nauvoo Temple and it was dedicated in 1846 as the Saints were driven out of Illinois to go West to Salt Lake City. A few days after the Saint arrived in Salt Lake a temple spot was dedicated. It took 40 years to build that temple. While they were building the Salt Lake Temple three others were completed first the one in St. George (1877), then the one in Logan (1884) and then Manti (1888). The Salt Lake Temple was dedicated in 1893.

Unlike meeting houses where anyone, regardless of religion, are welcome temples are sacred and are considered the House of the Lord and only LDS members that are in good standing are allowed to enter. 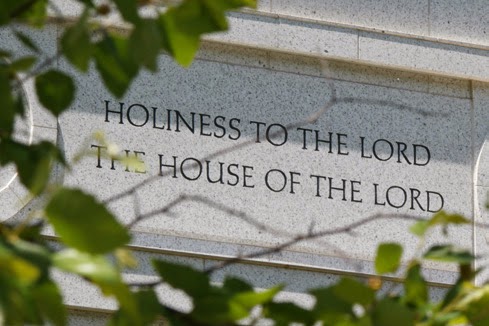 “Latter-day Saint temples are considered houses of God, places of holiness and peace separate from the preoccupations of the world. They provide a place where Church members make formal promises and commitments to God. They are also the place where the highest sacraments of the faith occur — the marriage of couples and the "sealing" of families for eternity. Temples serve as the only place where ceremonies such as baptism and eternal marriage can be performed in behalf of those who have died — a practice that Latter-day Saints believe was followed in New Testament times but that later was lost (1 Corinthians 15:29).
“Temples point Latter-day Saints to Jesus Christ and their eventual life with Him, their Heavenly Father and their family members on the condition of faithfulness to Christ’s teachings.” (“More Information aboutTemples”)
In the temple members of the LDS Church are instructed in how to better follow Jesus Christ. We make covenants to live the law of obedience, sacrifice, to live chaste lives and to live the law of consecration. Couples are married in the temple for time and all eternity, not just until death separates them. Families that were not married in the temple can be sealed and have their children sealed to them as well.

After members receive instruction and make covenants they enter the celestial room. The celestial room is one of the most beautiful rooms in the temple and symbolizes the peace and joy found in the kingdom of God.

In the temple, baptisms and other ordinances are performed by the living on behalf of those who have died. These ordinances extend the saving grace of Jesus Christ to all. This service is a gift offered in love – and those who have passed on are free to accept or refuse it.

A Female Episcopal Priest described her feelings as she toured the Liberty, Missouri temple:

“Mormons go to temples to be close to God. Much like the ancient Jewish people believed God lived at the heart of the temple in Jerusalem, Mormons believe that followers can meet God most intimately in the temple.
“(the Celestial Room) was a simple room yet ornate at the same time, all white with sparkling crystal chandeliers, large mirrors, and plump sofas and chairs reminiscent of those that must have existed in Joseph Smith's day. Our guide asked us to be silent and said we were welcome to sit wherever we liked and take a moment to pray. So I sat down on a sofa that seemed to envelop me, folded my hands on my lap and closed my eyes.
“Like Dante, who saw God face to face but had no words to describe the encounter, I have few words to describe what I felt in that moment. But I can say this: While it did not convert me, nor did it make me want to be a Mormon, the silence and peace I felt reminded me of the many other times I've felt close to God, whether in an Episcopal cathedral, in a clear, warm ocean or in my ratty old car. And because of that, I came to understand why temples exist and why they are so important to Mormons across the world.” (“A Female Episcopal Priest Visits a Mormon Temple”, Huffington Post, March 22, 2012).
No matter what temple we go to , I love to see the temple. I love feeling close to my Heavenly Father and his Son Jesus Christ. I love to sit in the celestial room and seek answers to the questions I I have and listen for the promptings of the Holy Ghost. I know that the temples are the House of the Lord and that they are sacred and holy.

To learn more about LDS temples and take a video tour, click on the link below.

Your comments and questions are welcome. To leave a comment click on the no comments link below.